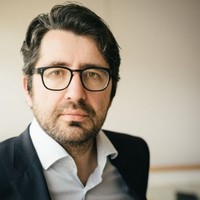 Yves Dejaeghere worked as a senior researcher in political science at KULeuven and UAntwerpen. He was a guest professor at KULAK, Université Catholique de Lille (France), Université Saint-Louis, and still is at UAntwerpen. He was also a visiting scholar at the University of Oxford (UK). As a scholar he published in major international journals on youth participation in politics, citizenship, electoral participation and information processing of elite politicians. As of January 2018 he became part-time coordinator of the G1000, a function he took up full time as of the start of 2019. The G1000 is a think tank on the use of sortition and deliberative democracy in combination with representative democratic institutions. Together with a number of other actors in this field from across Europe he is in the process of setting up an international organization on deliberative democracy which will be based in Brussels and which he will coordinate.