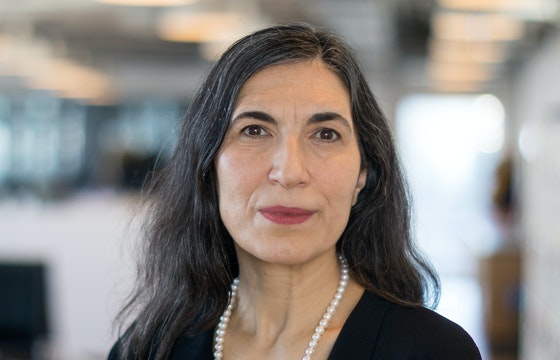 Selmin Çalışkan is director of Institutional Relations at the Open Society Foundations’ Berlin office. In this role, Çalışkan establishes Open Society’s networks and advocacy outreach to a wide range of audiences in Berlin and beyond. She also works closely with Berlin colleagues on developing partnerships with local civil society, as well as with players from philanthropy, arts, and politics.

Çalışkan has a strong background in human rights work both in Germany and in war and conflict regions both as an advocacy expert and as trainer in the field. Before joining the Open Society Foundations, Çalışkan was the secretary general of Amnesty International Germany. In this role, she was the organization’s public face for politics, media, and civil society. Other organizations she has worked for include the European Women’s Lobby in Brussels, Medica Mondiale, the German Society for International Cooperation in Kabul, and the Diakonia. Çalışkan started her career as a social worker by founding the intercultural girls center Azade and the migrant women’s center Gülistan in Bonn.