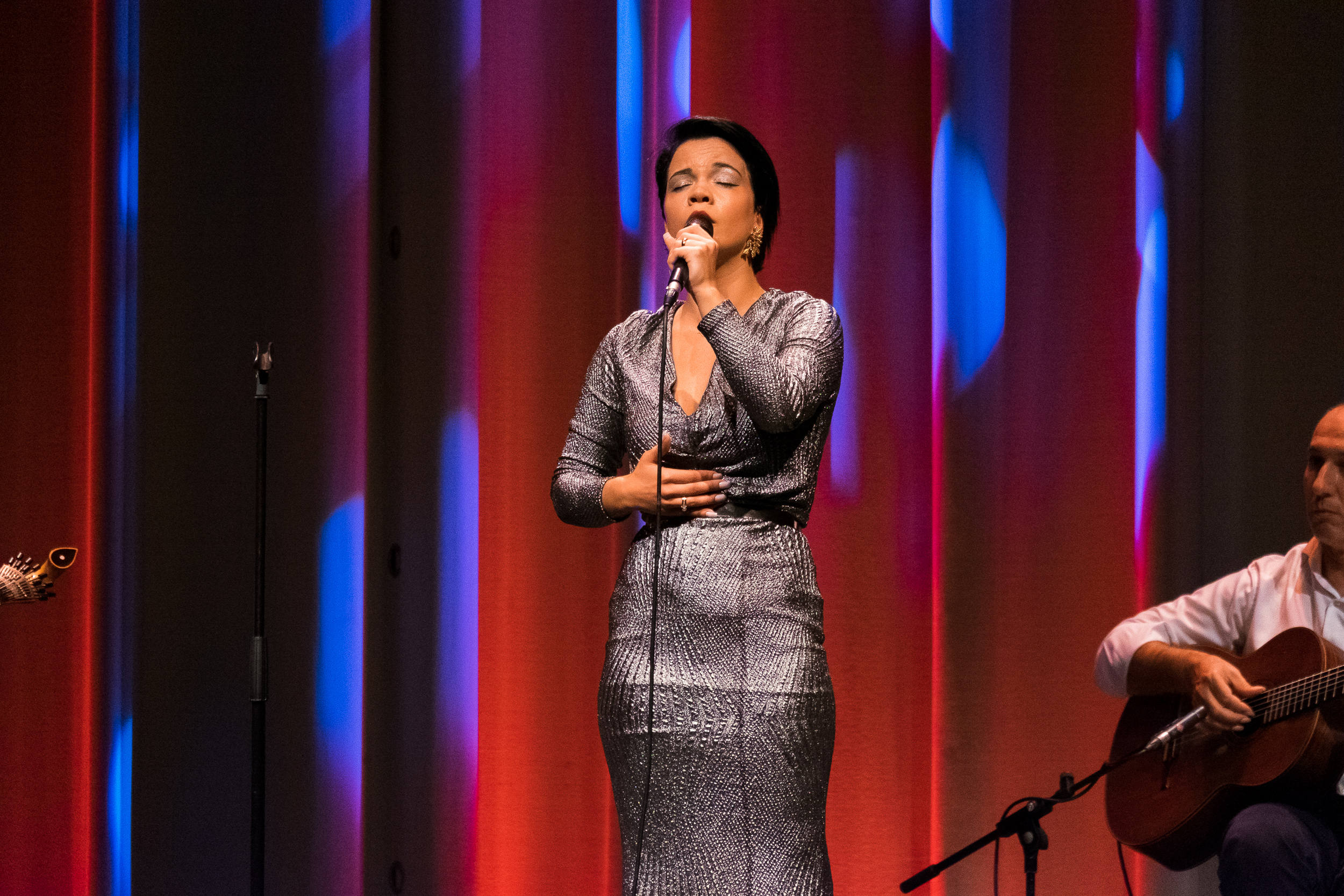 Rute Rita was born in Porto in 1991, in the heart of the fado artistic milieu, starting her passion for music at an early age. At 10, she was selected by a local radio to recording together with some of the best voices of Porto. In 2005 she won the Grande Noite do Fado do Porto youth category.

At the age of 16 she moved to Lisbon, to pursue her career in the more emblematic Fado scene. She shared the stage with Fado top names in a fado gala in honour of Amália Rodrigues. In 2015 she won one of the most prestigious amateur fado awards and released her debut album soon after. In the same year she joined the cast of Casa da Mariquinhas, a very well-known fado house.

Currently, she performs throughout the country and abroad, and is a regular at typical Fado houses of Lisbon and Porto – Casa da Mariquinhas, Páteo da Mariquinhas, Forcado, Mesa de Frades and Adega dos Fadistas.