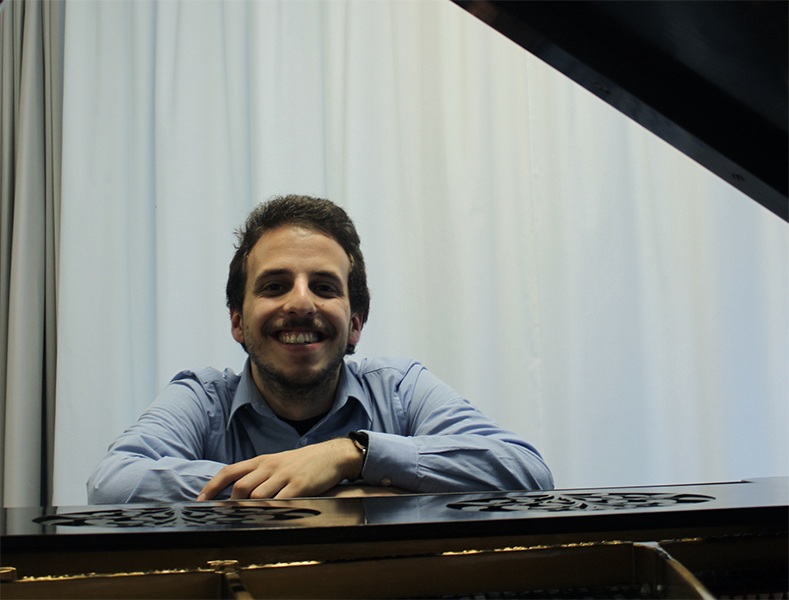 From an early age, Pedro (Portugal) has shown his interest in music and piano, and at the age of 6 in his hometown he started having piano lessons. That was in Gaia’s Music Conservatory, where he finished his HS having studied with Rui Pintão. After that, he made his Bachelor studies during four years in ESMAE (Porto) at the piano class of Miguel Borges Coelho. At the same time, under the baton of José Luís Borges Coelho, Pedro sang for two years in Porto’s University of Letters Choir (CLUP), which was one of the most relevant musical experiences of his life.

Since 2016 he lives in Basel (Switzerland) and studies at the Hochschule für Musik Basel in the piano class of Claudio Martínez-Mehner, and the chamber music class of Anton Kernjak, who are two of his most significant musical mentors.

During his life, Pedro was highlighted with many awards in national and international competitions, such as the 1st Prize at the “IV Mostra Musical do Eixo Atlântico” (Spain), the 3rd Prize at the “International Piano Competitoon Santa Cecilia” (Portugal), and the “Kiefer Hablitzel Göhner Musikpreis 2020” in Bern, Switzerland.

Because chamber music always played an important role in his life, Pedro already has a great experience. He was co-founder of “Insomnia Piano Trio”, who worked with Ryszard Wóycicki, having played in many different Festivals in Portugal, as well having performed live for RTP2 (Portuguese Radio and Television). As a duo partner, Pedro plays regularly with the cellist Irene Enzlin, with whom he makes his concert activity between Portugal, Switzerland and Holland. Since 2018, Pedro has been regularly invited to make part of “Yellow Barn Music Festival” in Putney Vermont, USA, where he had the opportunity to play with many musicians, such as Anthony Marwood, Lucy Shelton, John Myerscough, Steven Mackey, and was also invited in 2019 to make part of the Piano Faculty of the “Young Artists Program”.