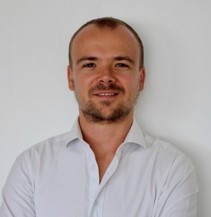 Nicolas founded several projects for impact in France and abroad since he is 18, in the fields of education and fight against poverty. After having worked for Ashoka and Groupe SOS, he developed with Saïd Hammouche (French Ashoka Fellow) a collective impact project for boosting the employment of young talents in Paris’ poorest suburbs. In 2014, he joined Mozaïk RH to build its national network and launched regional offices. He is now head of development at Mozaïk Foundation.