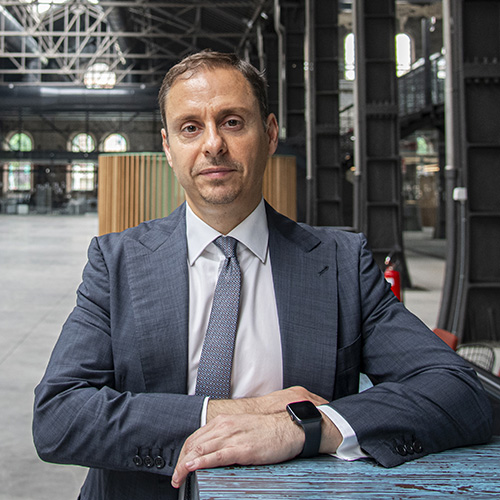 He is also Secretary General of ‘Development and Growth Foundation” a CRT subsidiary foundation focused primarily on impact investing, tech and innovation, and is Managing Director of OGR Torino, one of the largest reconversions in Europe of a former large industrial building (about 35.000 sqm) into an innovative and experimental centre for contemporary culture, art, research and start-up in partnership with US and EU accelerators.

Massimo has been Chairman of the European Foundation Centre in Bruxelles until 2020, the network of institutional philanthropy, which unites over 300 members from nearly 40 countries, including the USA. He is also member, since 2014, of the Scientific Advisory Board of ISI Foundation for Big Data in Turin and ISI Global in New York.

He has extensive international experience as a board member for public and private companies in various sectors in the EU and the Americas and nonprofit organizations, including Rockefeller P.A Europe, the Robert Kennedy Foundation Italy and the advisory board of the London School of Economics – Marshall Institute. He has also a consolidated teaching experience at university level.

From 2006 he is a World Fellow at Yale University, USA.