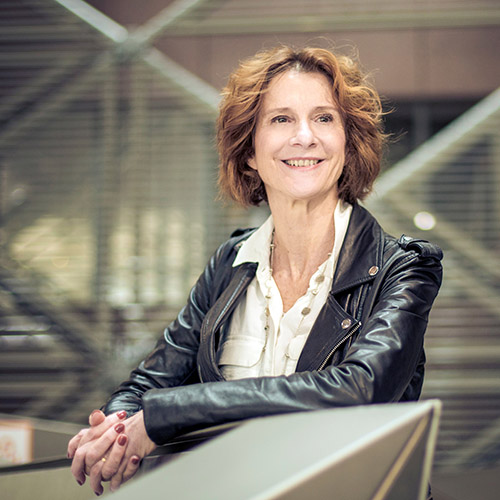 Manoelle Lepoutre was Senior Vice President, Total Senior Executives from 2013 to 2016 and Senior Vice President, Sustainable Development and Environment from 2009 to 2013, guiding and strengthening the focus on environmental and social responsibility issues. The Total Ecosolutions, Total Access to Energy and Total Energy Ventures programs are concrete examples.

She also chaired the Total Women’s Initiative for Communication & Exchange (TWICE) network from 2008 to 2013, to promote gender equality and help women access senior positions of responsibility.

Manoelle Lepoutre is a graduate of the Ecole Nationale Supérieure de Géologie de Nancy (ENSG) school of geology and the Ecole Nationale Supérieure des Pétroles et des Moteurs (ENSPM) engineering school. In addition, she sits on the board of directors at Eramet, where she was appointed in May 2011, and the French non-profit Fondation Villette-Entreprises.

Manoelle Lepoutre was awarded the rank of Knight in the French National Order of the Legion of Honor.