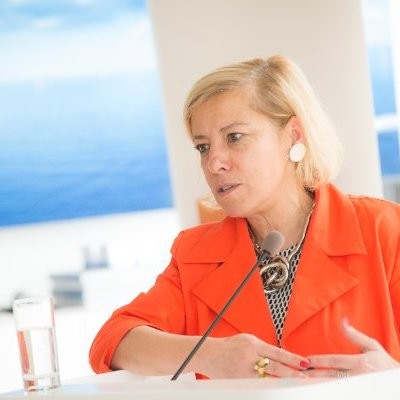 Luisa joined the European Investment Bank in 1999. She started working at the Institute in 2012, the year of its foundation, and was responsible for the development and management of the Knowledge and Social Programmes. In particular, she created and developed the Social Innovation Tournament, which is now a reference in the European innovation eco-system. Between 1999 and 2012, she worked at the Projects Directorate of the Bank, where she was responsible for the economic appraisal of projects and research work in the education and social sectors. Between 2003 and 2004, she was a senior education analyst in the Education Directorate of the OECD. Prior to joining the EIB, she worked at the World Bank (1992-1999). She also held teaching positions in Portugal at the Portuguese Catholic University and at the New University of Lisbon and research positions in the US. She graduated in economics from the Portuguese Catholic University and she holds an MA and a PhD from the University of Wisconsin-Madison (US). Luisa is the President of the Board of the Jos and Mimieke Foundation, and is regularly invited as a member of the jury in competitions in the areas of social entrepreneurship and philanthropy.