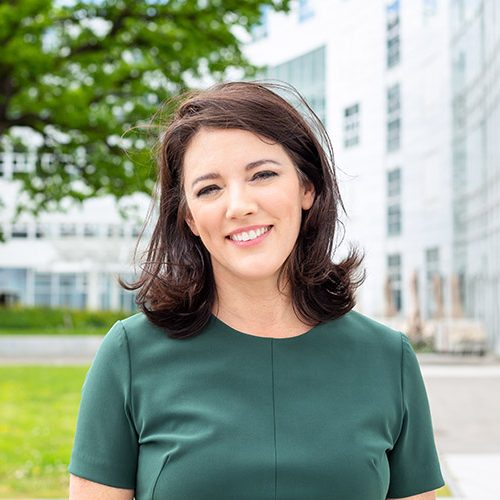 Leslie Johnston launched Laudes Foundation as its first Chief Executive Officer in January 2020, bringing over 20 years of management experience across business and philanthropy. At Laudes Foundation, she is leading the development of its initial vision, strategy and operating model. Previously, she joined C&A Foundation as its first Executive Director in August 2013 where she led the development of the foundation’s strategy to make fashion a force for good.

Prior to this role, she managed the Swiss-based Argidius and COFRA Foundations, committed to helping enterprising people to help themselves. As the Deputy Director for TechnoServe in West and Southern Africa, she co-managed a $20 million portfolio and a diverse team. She also has top-tier management consulting experience, having worked for McKinsey & Company in DC and South Africa. She holds a Master of Science in Foreign Service from Georgetown University and a double Bachelor of Arts in Political Economy and French from University of California at Berkeley.

She lives in Zug, Switzerland with her husband and two teenage sons.