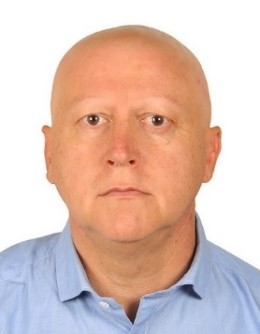 Juan Luis Coderque Galligo has been working for the International Committee of the Red Cross (ICRC) since 1997. He has had postings in the Caucasus, DRC, South Sudan, Côte d’Ivoire, the Gaza Strip, Lebanon, Senegal/Mali/Niger and in Geneva. Between 2010 and 2013, he was the Head of the ICRC Moscow delegation, with responsibility for the Russian Federation, Belarus, Moldova, and Ukraine.

Over most of the past twenty years, Juan has led multicultural teams working in conflict or post-conflict situations, delivering protection and assistance to people affected by armed violence and negotiating for access to victims and for respect of the rules of war.

Juan holds a BA in English literature and a Master’s degree in European Studies with a focus on post-communist economies. He has pursued executive courses with Ashridge, IMD, and Oxford University. He has four working languages: English, French, Russian, and Spanish.