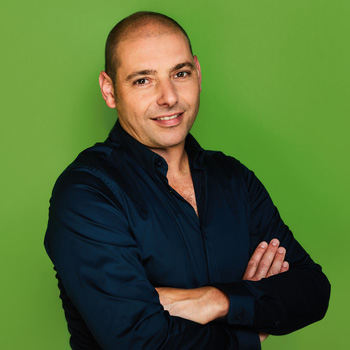 Idriss Nor started as a Programme Manager at the DOEN Foundation in 2004. He built up the programme Social Entrepeneurship, including several participations. From 2006 till 2019 he was teammanager of Team Social and Team Creative, besides his role as programme manager.

Idriss has a significant network and experience in the cultural and media sector in the Middle-East as well as North-Africa: he helped build the first independent cultural fund the Arab Fund for Arts and Culture, as well as the first investment fund for maintaining free press, part of the Media Development Investment Fund. As of 2015, he’s been a member of the Supervisory Board of the Foundation of Democracy and Media. He speaks French and Arabic, among several other languages.

In 2019, Idriss joined the board of the DOEN Foundation, in the role of Executive Director Impact Investment. Together with the DOEN Participaties (venture investment) team he will continue to create maximum impact using social investments with a sustainable return. Over 25 years ago, DOEN was the first foundation who started working under the motto “subsidize where necessary, invest where possible”. With a never withering passion and professionality, DOEN continues to work on a Green, Social and Creative world.

Idriss was born in Frankfurt am Main and holds a Masters degree in Educational Sciences of the Universität of Frankfurt, as well as an MBA from Nyenrode University. He has 3 kids and lives in Amsterdam together with his wife. In his free time he’s a beekeeper and advocate for the preservation of the Lutkemeer.