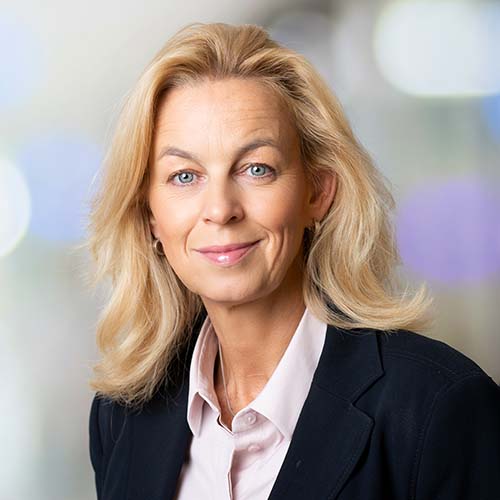 Since 2020 Ilka is global Head of “Making More Health”, an initiative with the goal to improve health in vulnerable communities around the world by identifying and supporting the most promising solutions to challenging health problems.

Ilka joined the newly created Boehringer Ingelheim Venture Fund in 2010 as an investment manager and has since then been involved in several investment transactions of the fund, serving as a board member in several portfolio companies. Before, Ilka spent more than 13 years in the Corporate Licensing Division of Boehringer Ingelheim where she was responsible for the evaluation, negotiation, and the management of several global licensing transactions.

Ilka has obtained her PhD in organic chemistry from the Johann Wolfgang Goethe University in Frankfurt, Germany. Following her graduation, she spent a year as a postdoctoral fellow at the Sloan Kettering Cancer Center in New York, US, investigating retroviral gene therapy approaches to stimulate antitumor responses. She joined Boehringer Ingelheim in 1996 as head of an interdisciplinary research laboratory specializing in new drug discovery approaches.