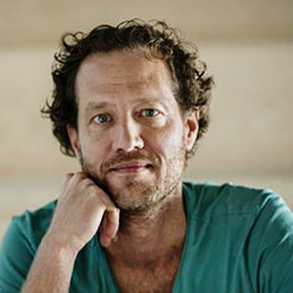 Co-founder/founder of Fairphone and De Clique

Bas van Abel is founder of sustainable smartphone manufacturer Fairphone (fairphone.com) and co-founder of circular start-up De Clique (declique.nl), a logistical service, physical hub and marketing platform that aims at transforming organic resources from urban environments into new products again. He has over 20 years of experience in social innovation, both as entrepreneur and designer. He has a passion for system change through product – and system design. He is the co-author of the book Open Design Now.

Bas is supervisory board member of non-profit organizations such as Signify Foundation and Social Enterprise NL and has worked as creative director at Waag Society, where he has established Amsterdam’s FabLab, a community maker space, and initiated the Instructables Restaurant, the world’s first open source restaurant.

Bas is an Ashoka fellow and Schwab/WEF Social entrepreneur and his work has been widely recognised with awards such as the German Environment Award and the World Economy Price. He has given numerous keynote speeches (Tedx Amsterdam, NEXT, Picnic, The Next Web, UN , OECD, COP21, German Parliament) and his work has been featured around the world (CNN, BBC, Al Jazeera, New York Times, Wired, Forbes, Der Spiegel).