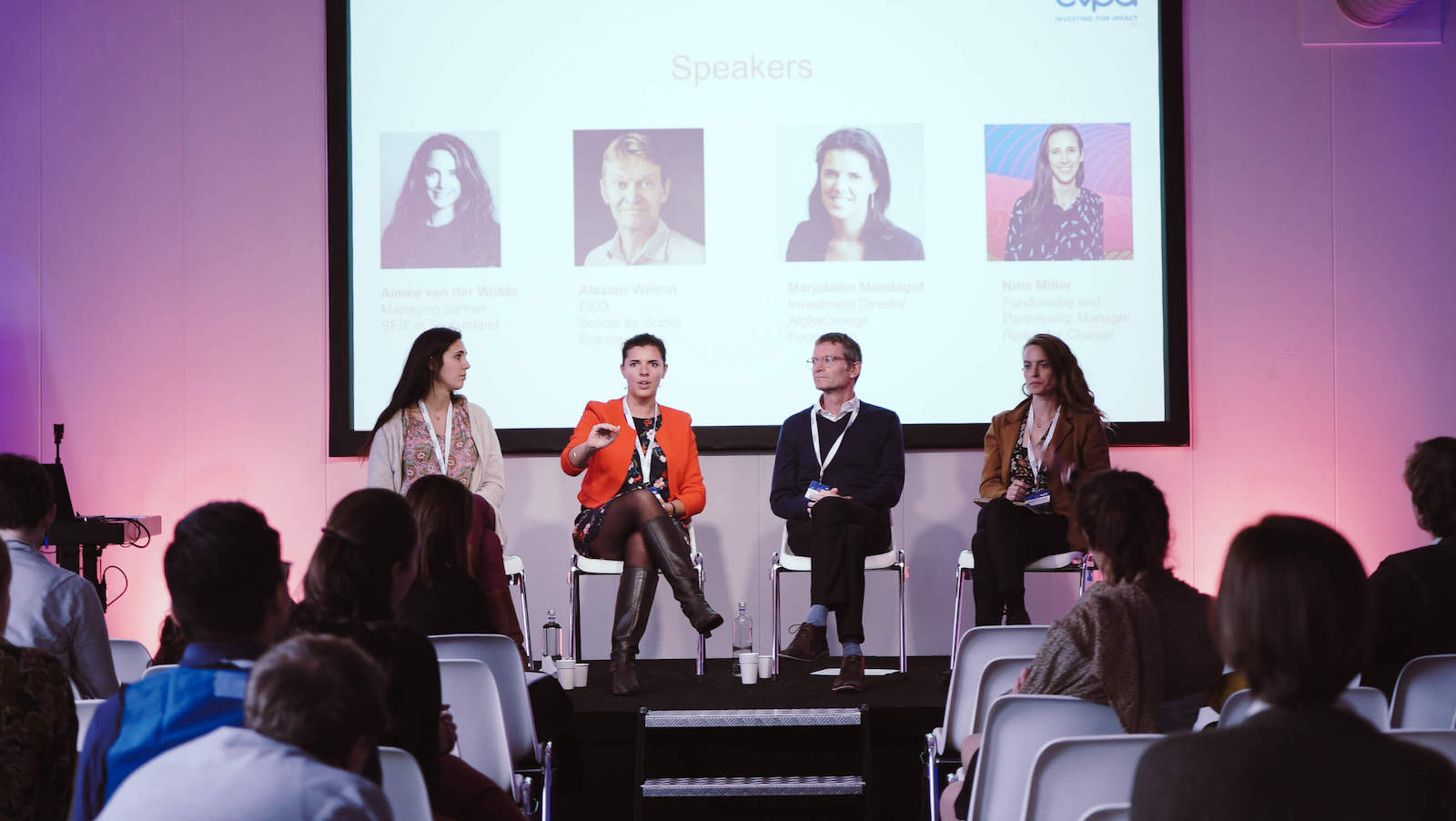 There were a number of special guests at the 15th EVPA annual conference, Celebrating Impact, in the Hague last week. In no order of precedence they were the city’s mayor, four of the five founders of the Association and HRH Queen Máxima of the Netherlands. Her Majesty’s appearance caused an unwonted fuss – not from her, nor from the organisers but from the press and TV corps whose representatives hurtled in in a body, almost bumping into latecomers who were being urged with more than usual energy by the front-of-house volunteers to take their places. She herself took her seat among the 750 delegates almost without anyone being aware of it, She posed for a photo with EVPA CEO, Steven Serneels, to launch EVPA’s impact investing charter, but to the surprise of many I talked to later, spoke not a word and entered and left a number of sessions in the same low key.

The founders (the absentee of the original five was Luciano Balbo, who was unwell) were more forthcoming. Venture philanthropy might sound like a remote concept, said Stephen Dawson but really ‘it’s about people.’ The others agreed and while EVPA has made progress since the preliminary meeting round Dawson’s dining room table, Doug Miller cautioned that ‘the problems we are chasing are moving faster,’ and he pleaded for an increased sense of urgency.