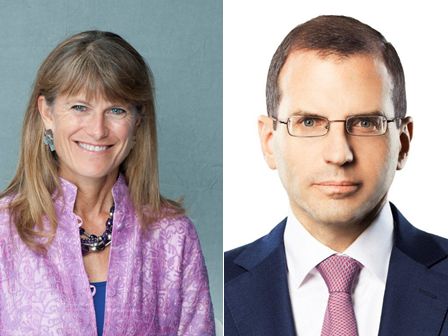 We are proud to open the EVPA Annual Conference with those two very accomplished, experienced and innovative game changers in the VP/SI space.

We’ll have Jacqueline Novogratz, one of the World’s 100 Greatest Living Business Minds according to Forbes, as keynote for our annual conference in Warsaw.

Jacqueline will be complemented by another seasoned and enlightened investor, Robert Manz, who has the understanding of the CEE market as no other and will share with us his insights on the developments in the region and its potential for leveraging social impact.

When I joined my very first EVPA conference in Luxembourg 2010, knowing nothing about VP/SI, Jacqueline was there as well, and she was the person who inspired me to take a closer look and, finally, a deep dive into the topic. Something I am still grateful for today. And although the field evolved dramatically since then, she managed to stay on top. I truly think she can inspire all of us again to take our VP/SI space forward. 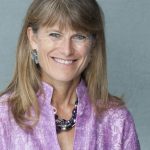 Jacqueline Novogratz, the Founder and CEO of Acumen, a nonprofit global venture fund that invests philanthropic capital in sustainable businesses tackling the toughest problems of poverty. Under her leadership, Acumen has invested $115 million in 113 companies providing critical goods and services to the poor across Africa, Latin America, South Asia and the United States. These companies have impacted over 270 million lives to date. In 2017, Forbes listed Jacqueline as one of the World’s 100 Greatest Living Business Minds. 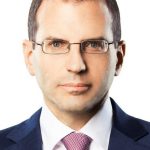 Robert Manz, Managing Partner of Enterprise Investors (EI), one of the largest private equity firms in Central and Eastern Europe (CEE). Robert started with EI in 1990 and is one of the longest-active professionals in CEE private equity, with more than 28 years of investment experience. He was the founding president of the Polish Private Equity & Venture Capital Association (PSIK) and for five years served as its president. Robert is chairman of the CEE Task Force of Invest Europe (formerly EVCA) since 2003 and is a key promoter of PE investments in CEE. In 2011 he championed the idea of the Social Business Accelerator Program harnessing the skills of PE professionals to support social entrepreneurs. In its 7 years of existence the program mobilised over 50 PE professionals who engage in growth of the social organisations in Poland. The programme has been the founding base for the first Polish Venture Philanthropy Fund Valores (est. in 2014), and Robert is one of its co-founders. Next to his PE engagements Robert leads the PSIK Philanthropy Committee and is serving as active Board Member of Valores.

We are looking forward to seeing you in Warsaw!